Infrastructure WA officially opened the door to a state-wide conversation about the future of infrastructure in Western Australia with the release of its State Infrastructure Strategy Discussion Paper on Friday 26 June 2020.

The event featured discussions from:

John currently holds non-executive director positions across a diverse portfolio of public, private and not for profit businesses. These roles are predominantly in Western Australia but also in the Northern Territory and at the national level.

John was recognised as an Officer of the Order of Australia in 2010 for distinguished service to business and commerce, particularly through his leadership and management roles and to the community of Western Australia. In 2011 he was recognised in the Citizen WA Awards for his services to business 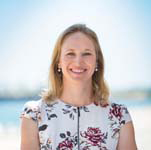 Nicole was appointed as Deputy Chairperson of Infrastructure WA in July 2019.

With a background in law and regional economic development, she works with Government and the private sector to develop long-term infrastructure plans to secure the future prosperity and liveability of our cities and regions.

Nicole is the Independent Chair of the Westport Taskforce charged with planning the infrastructure to drive the freight future of Western Australia's South West for the next 50 years and beyond.

She is also the Chair of the Freight and Logistics Council and a Board member of the Water Corporation.  Nicole chairs MNG and the Sienna Wood Joint Venture and is the Deputy Chair of Leadership WA. 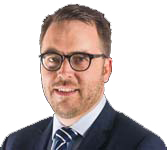 Prior to this his, he led a number of key infrastructure and economic reforms in a senior role at the WA Department of the Premier and Cabinet. This included the design and creation of Infrastructure WA, the first whole-of government framework for Market Led Proposals for WA, preparing a State Economic Development Framework - Diversify WA, and negotiations with the Commonwealth and Infrastructure Australia on Federal infrastructure funding.

Lance has over 20 years of experience across the three levels of government in four States and Territories, including leading development of the first Queensland Infrastructure Plan and an associated Economic Development Strategy. He holds qualifications in public administration, project management and the built environment, and is an alumnus of the Australia and New Zealand School of Government.

Marion Fulker is recognised as a leading expert in the future development of cities. Her areas of research focuses on infrastructure, governance, mobility, planning and development. Adrian’s career spans business, policy and public service roles across the private sector and the NSW and Australian governments – with expertise across transport, utilities and social infrastructure markets, and wider public administration.

Adrian served as IPA’s head of policy from 2011 until 2015, where he led major studies on road pricing reform, contracting and financing models, among others. In 2015, Adrian left IPA to serve as the Executive Director of Policy and Research at Infrastructure Australia – the Commonwealth Government’s statutory infrastructure body.

At Infrastructure Australia, Adrian led the development of the Australian Infrastructure Plan – a 15 year reform map for Australia’s infrastructure markets, alongside other major reports and studies – and enjoys strong, trusting relationships across the business, political and public sectors.

Adrian was appointed as IPA’s Chief Executive Officer in March 2018.