The Board is the governing body responsible for Infrastructure WA's strategic direction and operations. The Board comprises an independent Chairperson, Deputy Chairperson and eight Board members. The Board provides strategic policy direction and oversight for planning, management and performance. With a mix of leading business people with expertise in infrastructure and the State's most senior public servants, the Board brings together the experience required to guide Infrastructure WA's important work. The Infrastructure Western Australia Act 2019 requires that the number of Board members who are government employees must not exceed the number of Board members who are not.

Nicole was appointed as Chairperson of Infrastructure WA in October 2021.

Nicole is passionate about the creation of engaged and thriving cities. With a background in law and regional economic development, she works with Government and the private sector to develop long-term infrastructure plans to secure the future prosperity and liveability of our cities and regions.

Nicole has recently been appointed as the Strategic Advisor to the Future of Fremantle Planning Committee charged with re-imagining the port precinct beyond its industrial life.

She also holds Board roles with NBN Co, Green Building Council of Australia, the Western Australian Association for Mental Health, Airbridge and the Malka Foundation.

Terry Agnew is an experienced director and chief executive officer.

Terry has extensive experience across a range of industries including mobility, transport, insurance, finance, oil and gas, consulting engineering and management consulting. He was Group Chief Executive Officer for RAC for 20 years until March 2019.

Terry is currently the Chair of the Business Council of Co-operatives and Mutuals, EDGE Employment Solutions (a not-for-profit disability employment service) and was formerly the Chair of the Curtin University Business School. He is a Director of RAA Insurance, MDA National Insurance, Hospitals Contribution Fund of Australia (HCF) and is a Councillor of Curtin University Council.

His previous experience includes being a Director of the Australian Institute of Management and was the National President from 2008-2010. Terry has also been a Director of the Insurance Commission of WA, the West Coast Eagles and was the State President of the Committee for Economic Development of Australia. He was a Founding Member of CEOs for Gender Equity.

Wayne Zekulich has substantial experience in advising, structuring and financing transactions in the infrastructure and resources sectors

Wayne is the Chairperson of IWA’s Audit, Risk and Finance Committee.

Wayne is a Consultant and Non-Executive Director who has substantial experience in advising, structuring and financing transactions in the infrastructure and resources sectors.

He was previously the Chief Financial Officer of Gindalbie Metals Limited and prior to that the Chief Development Officer of Oakajee Port and Rail. Wayne holds a Bachelor of Business Degree and is a Fellow of the Institute of Chartered Accountants.

Currently, Wayne consults to a global investment bank and is Chairman of Pantoro Limited and Openn Negotiation Ltd. In the not-for-profit sector, he is a member of the John Curtin Gallery advisory board and a board member of The Lester Prize.

Michael Barnes is the Western Australian Under Treasurer.

As Western Australia’s Under Treasurer, Michael is the principal economic and financial adviser to the State Government, with statutory responsibility for the management and reporting of the State’s finances, including formulation of the annual Budget.

Michael has a Bachelor of Business with Honours in Economics. Born and raised in Perth, he moved to Canberra after graduating from university to take up a position in the Commonwealth Treasury, where he worked for nearly six years, mainly in the area of taxation policy.

Michael has been working at the State Treasury since returning to Perth over 20 years ago. He was appointed to the role of Under Treasurer in 2015.

Michael is also Chairman of the Western Australian Treasury Corporation (the State’s central borrowing authority) and is a Board member of Infrastructure WA.

Michael was recently awarded the Public Service Medal for his outstanding public service to State government finances in Western Australia.

Kerryl is an accomplished senior executive and business leader of more than 20 years. She has led businesses through significant change, across a number of industries, including banking, mining, engineering and technology.

Kerryl is an accomplished senior executive and business leader of more than 20 years. She has led businesses through significant change, across a number of industries, including banking, mining, engineering and technology.

Kerryl is currently the Chief Financial Officer at BCI Minerals.

Prior to her role at BCI Minerals, Kerryl was at Microsoft, Worley and Rio Tinto where she held a variety of leadership positions in strategy, commercial, operations, capital projects, innovation, mergers and acquisitions and business development. Kerryl has previously been the Co-Chair of the Sustainability Council of Microsoft Australia.

Kerryl is a graduate of the Institute of Chartered Accountants and holds a Bachelor of Commerce from Murdoch University.

Kerryl is a member of IWA’s Audit, Risk and Finance Committee. Emily is the Acting Director General of the Department of the Premier and Cabinet (DPC).

As the head of DPC, Emily is responsible for leading the public sector in providing whole-of-Government advice and support to the Premier and Cabinet in their service of the WA community.

Emily has held various leadership positions in both State and Commonwealth Governments, with experience spanning over a 21-year period in a range of areas including national security, intelligence and reform.

Prior to her current role, Emily was the Deputy Director General of the Inter-Governmental Relations and COVID-19 at DPC, responsible for leading engagement with the Australian and other State and Territory governments and supporting WA’s COVID-19 pandemic response. Anthony joined the Department of Planning, Lands and Heritage as Director General in February 2022 with more than four decades of experience working in the Western Australian public sector.

As Managing Director of METRONET, Anthony was most recently responsible for delivering one of the state’s most significant public transport infrastructure programs, working collaboratively across government, and with industry.

Anthony has worked across several state government agencies, mainly focused on strategic advice to the WA Government on infrastructure prioritisation and investment. He was instrumental in establishing and operating the Public Private Partnerships Support Unit within Treasury, was appointed to the former WA Planning Commission Infrastructure Coordinating Committee and from 2008 to 2014 served on the Board of Infrastructure Australia.

Andrea Sutton has a broad range of experience in the resources sector.

Andrea has more than 20 years' operational, technical and corporate experience in the resources industry. She has held positions as Rio Tinto’s Iron Ore General Manager for infrastructure and Chief Executive and Managing Director of Energy Resources of Australia.

She is currently a non-executive Director of Red 5 Limited and board member at Australia's Nuclear Science and Technology Organisation and National Association of Women in Operations.

Andrea is a member of IWA’s Audit, Risk and Finance Committee. 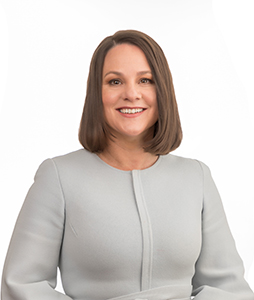 Rebecca Tomkinson is the Chief Executive Officer of the Royal Flying Doctor Service (Western Operations). In this role she brings a strategic lens and strong executive experience from private and not-for profit sectors.

Rebecca is deeply committed to the development of regional Western Australia – where she was raised and educated – and is actively involved in building community and business capability.

She chairs the Regional Development Council, is the Chair of the Wheatbelt Development Commission, serves on the Senate of Murdoch University and is the WA President of the Committee for Economic Development of Australia (CEDA) State Advisory Board. Peter is the Director General of the Transport Portfolio. He is responsible for setting the strategic direction of transport for the State, shaping the development of all major integrated transport plans and leading the implementation of some of WA's most transformational capital projects. Peter was appointed as the Managing Director Main Roads in 2018 but had been undertaking the role since 2016.

Peter is a member of CPA Australia, Chairman of the Australian Road Research Board, and is a Director on the Board of Austroads Ltd.